* In case of any delay in receiving the OTP, you may verify it later. Please proceed without verification.

Enter your City name or Pincode

Spreads across an area of 15.87 square kilometers, Jamul is a municipal city of Durg District in Chhattisgarh state. This city is located at a distance of 34.9 km via National Highway (NH) 6 to the capital city - Raipur and around 17 km from its district headquarters - Durg. The inhabitants of this region are governed by Jamul Municipality which has a total number of 18 wards. Located with an average elevation of 296 meters, Jamul is surrounded by various cities such as Durg to the west, Nankatti & Banbarad to the north, Kumhari to the east, Utai and Bhilai to the south. The area of this city is replete with sufficient public utility services such as transportation, healthcare, banking and postal facilities. Furthermore, Jamul city has the population with diverse religious beliefs but cultural harmony can be seen at any corner of this region. 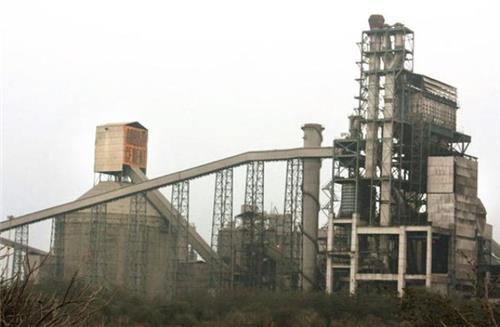 Situated on the eastern region of Chhattisgarh, the city of Jamul is placed at the latitude and longitude of 21.25 °North and 81.4 °East, respectively. It has a hot and arid temperate climate. From the month of April to June, the city witnesses a hot summer season during which the maximum temperature can be over 45°C while the winter season starts with the month of December when temperature dips down to 8°C. The winter season usually lasts up to January month. Jamul receives an average rainfall of 1305.7 mm annually. Therefore, the best traveling time to Jamul should be the months of October and November. However, February and March can also be considered.

According to the 2011 Census of India, Jamul in Durg district is comprised of the total population of 22,811. Of the total population, there are 11,809 males while 11,002 are females. Children between the age group of 0-6 are 2858 in which 1471 are males and 1387 are females. In the total population of Jamul Municipal city, the Schedule caste (SC) people are 1545 while the Schedule Tribe (ST) people are living with the figure of 1030. The reports of Census 2011 further revealed that the city boasts of 17,053 literate persons in which male literates are 9,580 while female literates are 7,473. The figure of working people in this region is 7,443 and there are 4,825 households in Jamul, according to the census report.

The responsibility of running the administration at Jamul is owned by the Municipal Corporation. It works with an objective of ensuring the presence of all the required basic amenities within the region. The main functions of Jamul Municipality include tax and revenue, law and order, water and sanitation, electricity, road transportation and many more. Furthermore, the Municipality has total number of 18 wards that come under its jurisdiction in which it provides all such basic facilities for the people. It also works as a mediator between the public and the District Collector with the main purpose of informing about the city's requirements.

Chhattisgarh is a mineral rich region and provides excellent opportunities for cement production units.Currently nine major and twelve minor cement units are located in Jamul. The Associated Cement Companies (ACC), which is one of the large cement manufacturing companies in India has its cement plant in Jamul with a production capacity of 1.58 million tones. It also helps various working inhabitants of the city to earn their livelihood by having an employment of a kind at this industry. In fact, Jamul Cement Plant provides a big economic advantage to this region and also to the state through the maximum production of cement.

Jamul is one of the main municipal cities of Durg District, Chhattisgarh. It provides several economical benefits to its district and the state too. For the last few years, the city has gaining preference among the big industries especially related with cement production. With such a significant growth in the economic sector, the administration has taken several important steps to enhance public utility services in this region. The presence of healthcare, postal and banking services here ensure that the inhabitants of Jamul would get the accomplishment of their various kinds of requirements.

Postal services are vital part of public utility services. Whether it is a big city or just a small village, postal services assist people to communicate with their near and dear ones. In fact, not just the postal facilities but several types of monetary benefits are also being provided by the post office. The post office in Jamul is a sub office branch of Durg Head Office. It comes under Durg Division of Raipur Region, Chhattisgarh Circle. At the given below, you will get complete address and contact number of the city's post office.

The banking services in Jamul are more than satisfactory. Many private and public banks have located their branches across the city. These banks offer a wide range of banking facilities such as savings and current accounts, money transactions, fixed deposits, personal or business loans and much more. At here, we are providing you the names and important information of all banks in Jamul city, Durg.

The State Government and the local administration have ensured the establishment of various hospitals across the city. They are equipped with latest medical equipments and have the expertise of professional doctors as well as their nursing staff. Apart from that, many private clinics, dispensaries, path labs and chemist shops also fulfill the healthcare requirements of the city.

In the city of Jamul in Chhattisgarh, there are limited transport options with not having major bus stand and railway station. However, the state transport buses and private buses are constantly running through this region in Durg District. Apart from that, the nearest railway station to Jamul is Bhilai PWR Railway Station, which is located at the distance of 4 km from the city. Besides that, Devbaloda Chrda Railway Station (8 km) and Bhilainagar Railway Station (08 km) also provide connectivity to the city from the state capital - Raipur and other major cities of Chhattisgarh. Jamul Municipal City also has efficient local transportation which is, in fact, the most convenient way of traveling around the city.


Jamul at a glance

Comments / Discussion Board - About Jamul